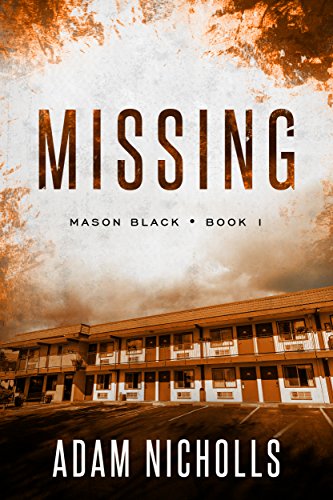 Ex-cop Mason Black is thrown into action when two young twins are abducted by San Francisco's most dangerous serial killer. 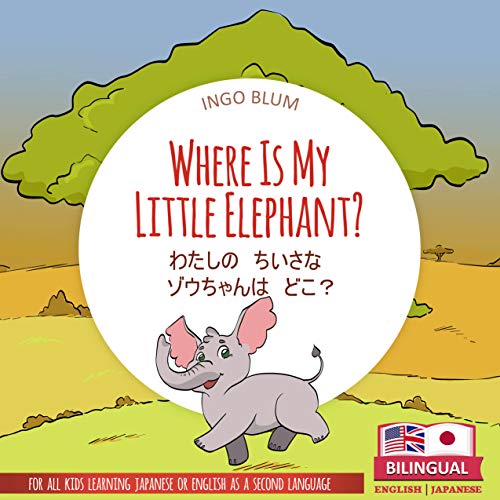 Where Is My Little Elephant? - わたしの ちいさな ゾウちゃんは どこ？: Bilingual English Japanese Picture Book for Ages 2-5 (Japanese Books for Children 3) for $0.99 (from $3.99)

This bilingual children’s story is about Daisy the elephant lady. The search for her in different places is a delightful read-aloud. Elephants are so big they cannot hide so well, right? It should be easy to find Daisy. Where did she go? For children ages 2+ learning English or Japanese. The book is edited in two versions. The editing is following differences between English and Japanese grammars. 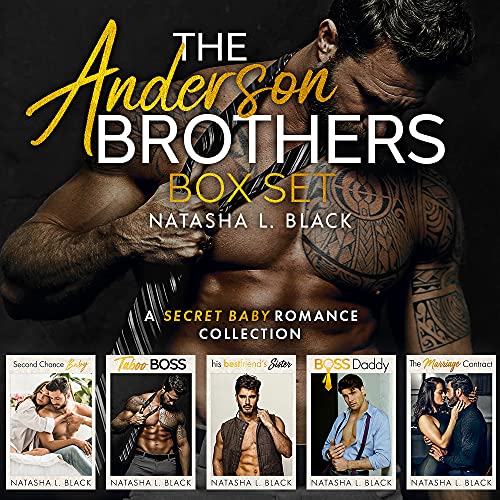 Spend some time with these five sexy boss brothers and the ladies who capture their hearts. The only dilemma you’ll have is choosing your favorite couple! Grab a cool drink and settle in for some sizzling love stories! 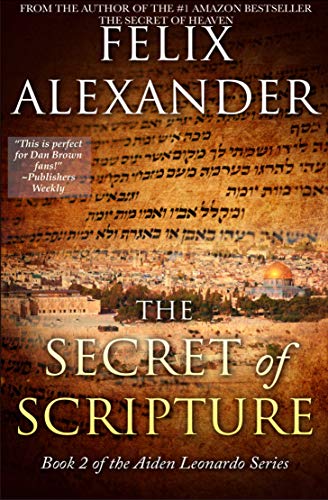 An ancient prophecy.
A devastating revelation.
The Holy Land on the brink of war.
Professor Aiden Leonardo races through the streets of the Old City in Jerusalem to deactivate bombs hidden among the most sacred sites of the three Abrahamic religions and uncovers a secret hidden in Scripture since before the time of the prophets of God. 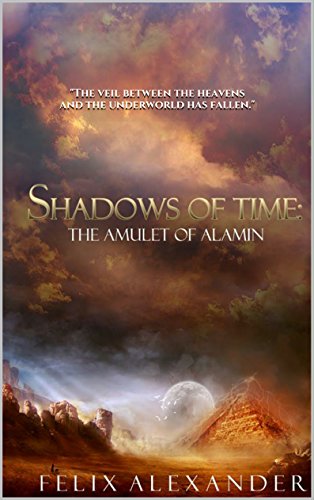 Shadows of Time: The Amulet of Alamin: Game of Thrones meets Mesopotamia when the gods intervened on mortal affairs. for $0.99 (from $2.99)

The kingdoms of Mesopotamia are divided.
Half remain loyal to the King of Kish.
The others support a usurper who has brokered a deal with the Fallen Angel for rulership over the Land Between the Two Rivers.
A boy general, a missing princess, and a demigod band together and evade angels, demons, shapeshifters and destiny.
"The veil between the heavens and the underworld has fallen." 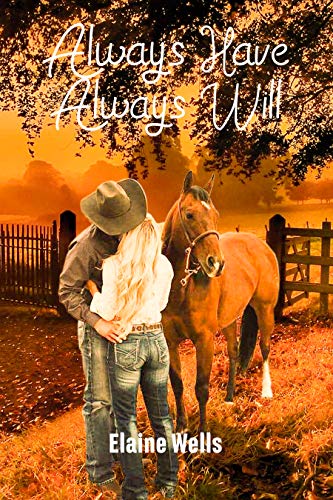 Circumstances take Andie Miller back to her home on the Triple L Ranch. She’d been away at college since the devastating break up with the love of her life. It held her best memories growing up and her beloved horse Shadow. Andie was ready for the rumors; she was ready to face the love of her life. What she wasn’t ready for was the confrontation of family history and the danger it brought with it. 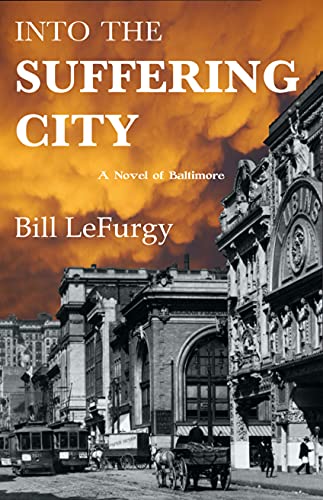 Into the Suffering City: A Novel of Baltimore (Sarah Kennecott and Jack Harden Mysteries Book 1) for $0.99 (from $2.99)

Book Synopsis: Baltimore, 1909. Dr. Sarah Kennecott is brilliant and on the autism spectrum. After getting fired for looking too closely into a showgirl’s killing, she refuses to quit the investigation. She partners with Jack Harden, a hard-boiled PI with issues of his own. If you love twisty historical mysteries, don’t miss this gripping read with over 100 five-star reviews on Goodreads! 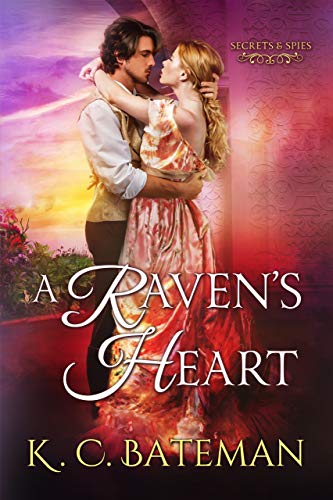 When a bookish codebreaker and a dashing spy are reunited in this steamy historical romance from the author of To Steal a Heart, their lives depend on their ability to resist temptation. But fate is a mistress who cannot be denied. . . 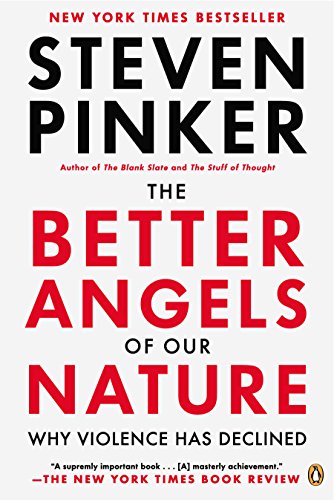 “If I could give each of you a graduation present, it would be this—the most inspiring book I've ever read." — Bill Gates (May, 2017)

The author of Enlightenment Now and The New York Times bestseller The Stuff of Thought offers a controversial history of violence. 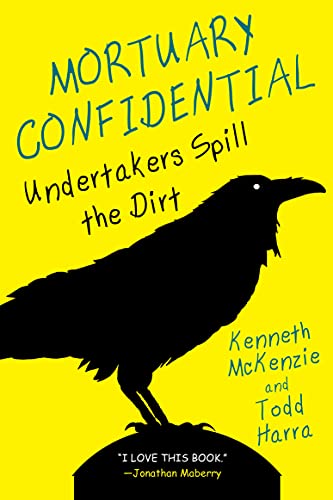 From scary to heartwarming and hilarious, an assortment of behind-the-scenes, true stories about life as an undertaker. 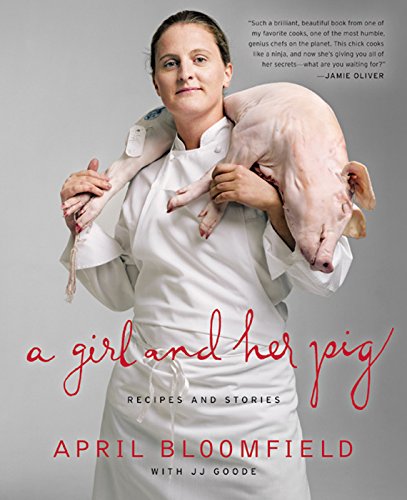 “April, April, April—what a chef! Delicious, brilliant, inspiring. . . . Now, with the publication of A Girl and Her Pig, you can sample her remarkable food in your own kitchen.”—Fergus Henderson 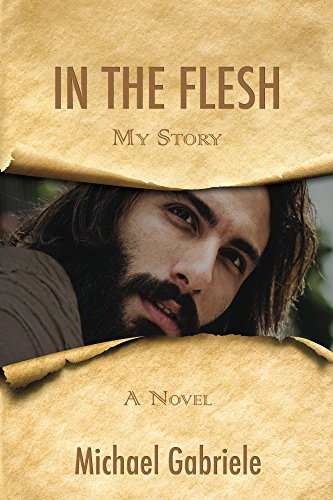 Experience Jesus' life through HIS eyes in this one-of-a-kind novel that holds true to the gospels, all from our Hero's perspective. Relive the greatest story ever told through the eyes of the one who cured the incurable and walked on water... who challenged religious and political establishments... who suffered all the brutality of a Roman crucifixion... and who victoriously abandoned His tomb. 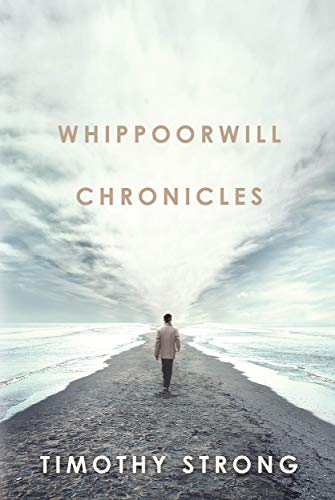 George, fifteen, and Sam, twelve, have been best friends for as long as they can remember. Slowly the boys drift apart as the difference in their ages defines them. Their journeys take them to Vietnam, first sexual encounters, psychiatric wards, and returning home again. 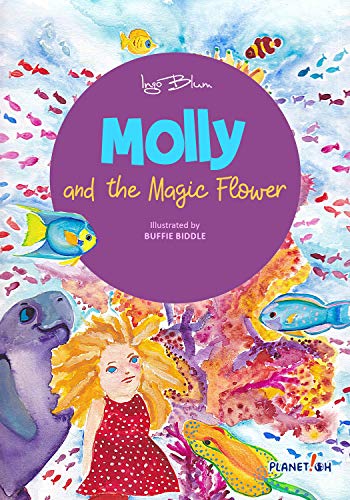 Molly, the sea cow, wants to go on holiday with her friend Rufus, the stingray. On their way through the ocean, they meet Paula the mermaid. Soon they need to save Paula and her family from some mean swordfish and a giant octopus who steals something that created the whole beauty of the colorful coral reef: a Magic Flower. - Reading age 6-10. 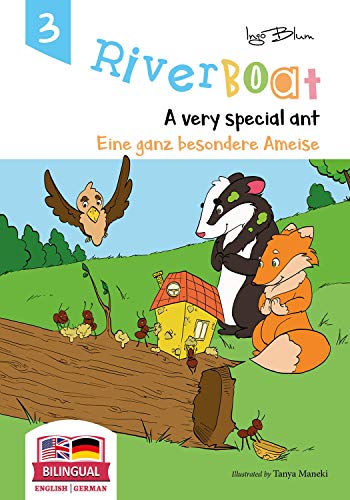 A Very Special Ant is a beautifully illustrated children’s chapter book. If you and your children like courageous animals, funny encounters, and “special” creativity, then you’ll love this charming story. Discover what happens when a tiny ant named Wendy valiantly tries to assert her individuality - with the help of three friends. For kids ages 6+ learning English or German as a second language. 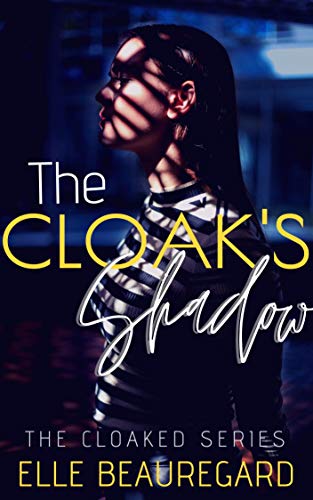 Callum needs a break from the spirits hounding him for closure. When he meets Zander it's instant attraction—and instant silence. She doesn't know she's a Cloak, blocking out the racket of the spirit world, including the malevolent Shadow that's been stalking him, and he sees no reason to tell her. At least until he can figure out if they're a fling or something more... 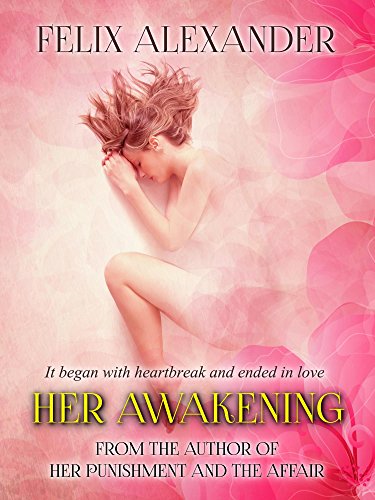 When sex shop employee Marina Varela meets Luciano Garcia, she encounters a man who is handsome, intelligent and intimidating. The guarded Marina wants this man, and Luciano confesses his desire for her as well-but he too is guarded. When the couple endeavors to see where things may lead, they find themselves in the throes of a passionate affair. 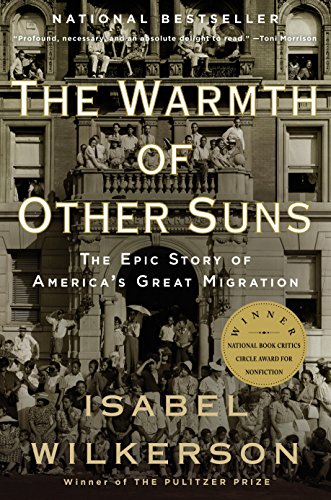 In this beautifully written masterwork, the Pulitzer Prize–winning author chronicles one of the great untold stories of American history: the decades-long migration of black citizens who fled the South for northern and western cities, in search of a better life. 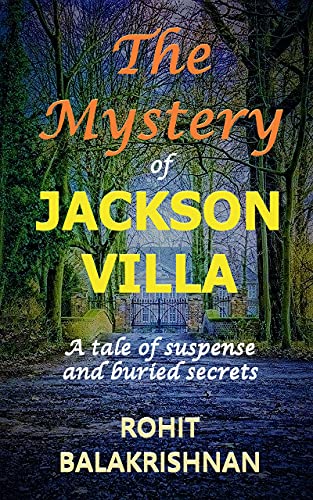 The Mystery of Jackson Villa: A Tale of Suspense and Buried Secrets for free (from $2.99)

A young businessman James goes missing shortly after a music concert in Jackson Villa. Detective Nikhil arrives on the scene to track down James before it is too late. An unknown person starts sending mysterious messages, vaguely hinting at James' whereabouts. This triggers a frantic search. Eventually, James is found, opening up a much bigger mystery that leaves the investigators clueless. 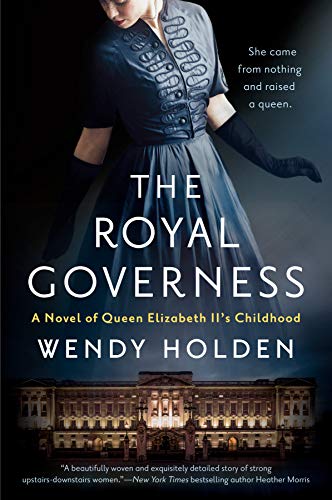 Sunday Times bestselling author Wendy Holden brings to life the unknown childhood years of one of the world’s most famous figures, Queen Elizabeth II, and reveals the spirited young governess who made her the icon we love today. 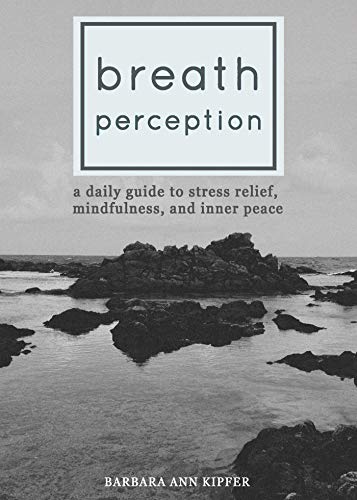 Sleep better at night, concentrate better at work, and connect better with loved ones at home. Once you learn to harness the power of breath, you’ll find that it serves you wherever you are, in whatever situations you find yourself. 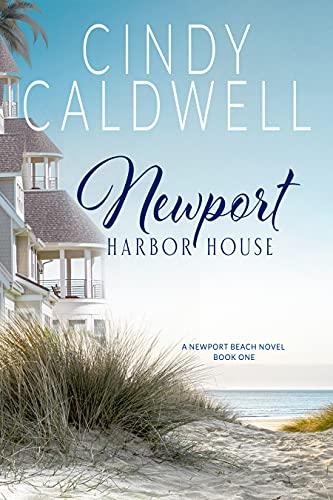 Now that her boys are grown and on their own, widow Jen Watson is looking forward to having a whole summer at the family beach house all to herself. After all the summers at her beloved grandmother’s house with her boys—teaching them to swim, building sandcastles and having frozen bananas at the Fun Zone—it’s finally her turn to make new memories of her own. 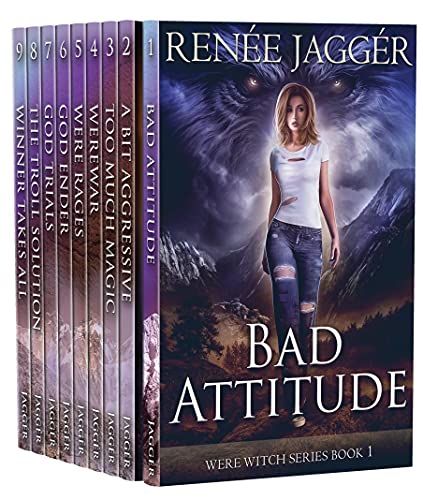 Bailey Nordin is feeling the stress of pack obligations arriving too soon in her life.

Roland is on the run from three powerful witches.

Opposites attract and there's nothing more opposite than werewolf Bailey and the witch Roland. Trouble is chasing the two of them and they have to learn to work together to fight it off and save the world.

Get the complete series - 9 books - today! 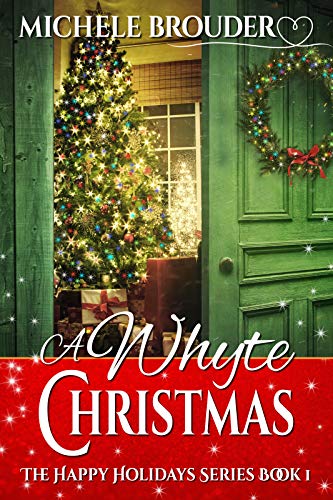 A Whyte Christmas for free (from free)

Kate O'Connor has had a rough year and Christmas looks to be no better but a dashing Irishman is about to change all that. 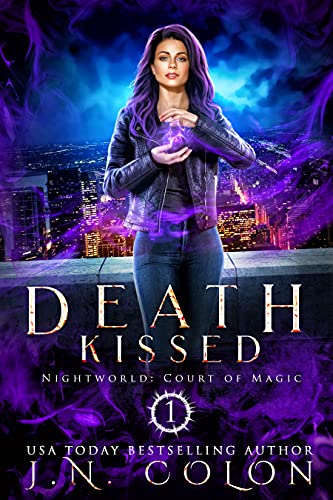 When runaway witch Thorn Rosalee is forced to partner with the enemy fae prince to uncover a serial killer, a supernatural turf war is sparked. But fae aren’t the only ones who notice the witch’s hidden talents. And before long, she'll have to face the monsters of her past to survive another day in Nightworld. 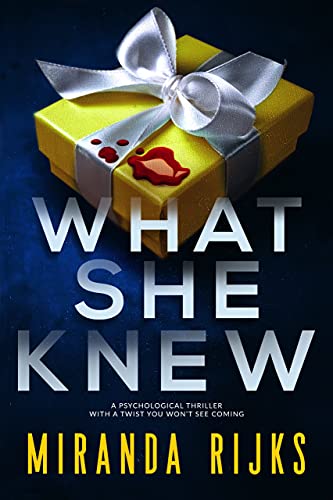 Nine years ago, Stephanie’s flatmate Alison vanished, presumed murdered.
When a true crime series wants to interview her, Stephanie is forced to acknowledge her need to answer one burning question – what happened to Alison?
But someone doesn’t want her digging for the truth. As her perfect life unravels, she realises her own life is on the line. 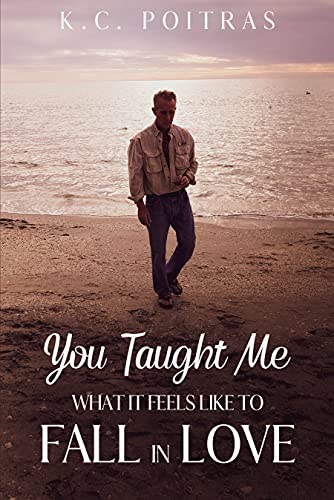 Nominated for 2021 Author Elite Award ★★★★★ "Outstanding book!" - Terry
★★★★★ "I can't wait until the next one!" - Amazon Customer
A riveting story of finding love after a tragedy. When Isabelle meets Stacey, it seems like life is giving her a second chance, but nothing worthwhile is without its challenges. The spark between them is immediate, a love neither of them has ever felt. 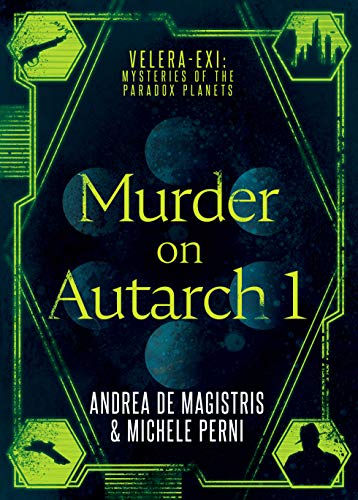 Murder on Autarch 1: A Dystopian Future Noir and Investigative Cyberpunk Thriller (Velera-Exi: mysteries of the paradox planets) for $0.99 (from $4.99)

The Italian Best-Seller novel in its English translation!
"2233. A dying planet. A brutal off-world murder. A lonely drug-addicted military investigator might be the key to save the human race"
Murder on Autarch 1 is the first novel of a Sci-Fi dystopian series that features space exploration, murder, investigative mysteries, unexpected plot twists and a romantic anti-hero. 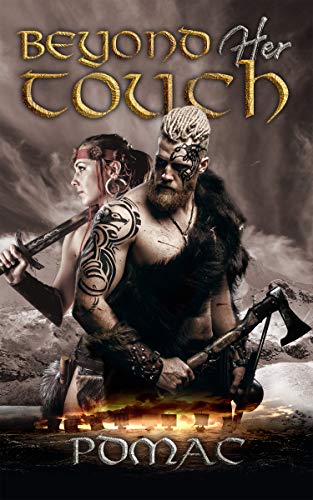 Imagine finding the love of your life, to lose him 1000 years ago. A cross between Outlander & The Time Machine. Life can be unpredictable, even when you think you’ve won. Just when Tone and Erik pledge their eternal love, a glitch in time separates them. With her lover stuck in the past, Tone races against time before Erik is lost to her forever.